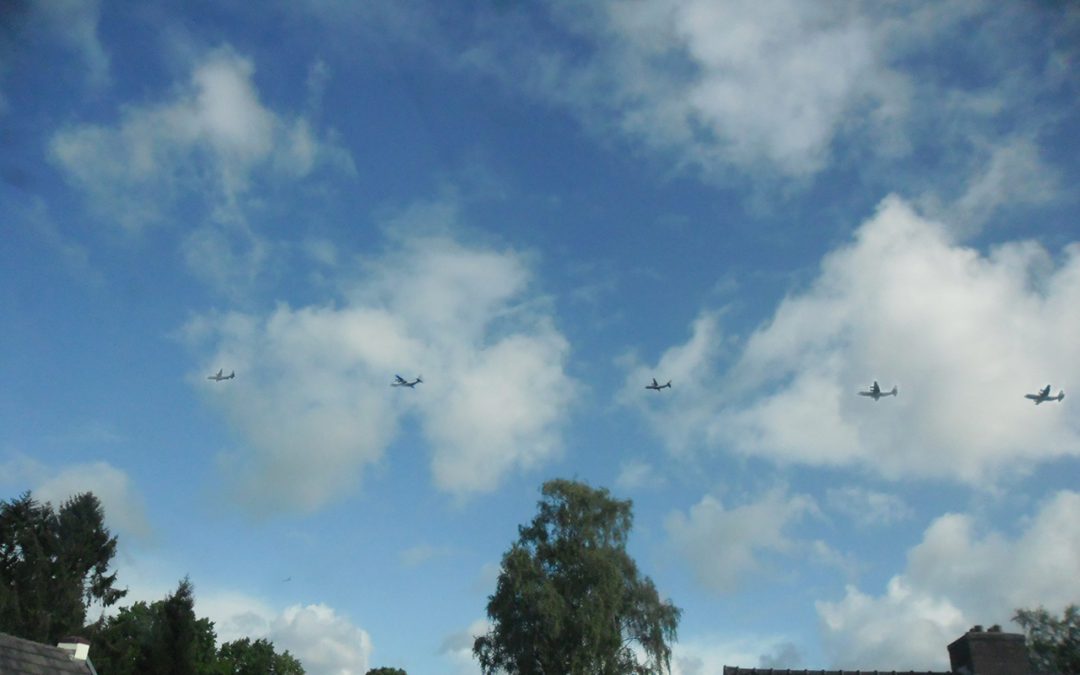 Traditionally, around 11:00, paratroopers are dropped above the Ginkel heath in Ede. It is a  commemoration of the start of Operation Market Garden on September 17, 1944.

Montgomery developed Operation Market-Garden. Operation Market Garden started on 17 September 1944. The aim was to advance from Belgium to the IJsselmeer with a combination of airborne operations (Market) and a ground offensive (Garden).
The British 1st Parachute Battalion had to take the bridges over the Rhine at Arnhem. The Polish 1st Independent Parachute Brigade supported them at Oosterbeek.
In general, Market Garden is seen as a failure. Out of the eleven thousand soldiers that had landed, only 2,400 managed to escape by crossing the Rhine.
US Supreme Allied Commander Dwight Eisenhower called the operation a partial success.

All members of ABWO and their vehicles will now drive from the Telefoonweg in Renkum to the bridge at Arnhem.
From there they drive back to the Airborne Museum in Oosterbeek. The arrival there will be around 15:30
We invite you to come and see the historic military vehicles up close and talk to our members.